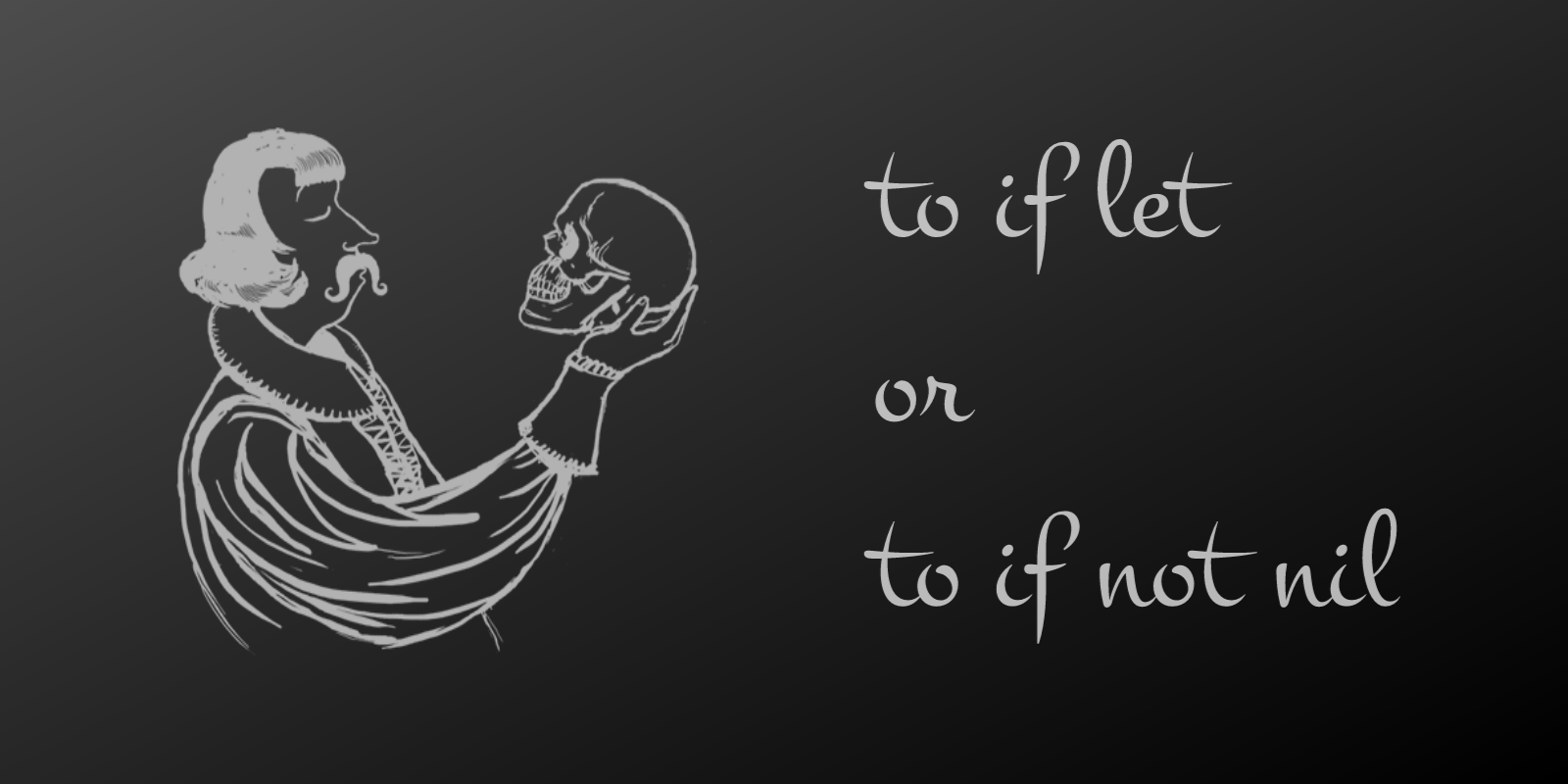 You have a variable that can have a value or it can be equal nil (reference to nothing).

When you want to check if something is not empty you probably think of that instruction:

In Swift there is something like optional unwrapping and this unwrapped value can be used:

If you don’t need that value, you can use that instruction to check if something it not nil:

So now we have 2 instructions for the same thing. Which one shall we use? 🤔

Show me the numbers

The tests include one, quite large array.

Each test method includes just iterating through that array using one of the previously mentioned approach. The winner is the method which will pass the test in the smallest amount of time.

For if let it is:

For if not nil it is:

The complete repository can be found here.

Now we know what is the fastest but is it worth to take care about 12% better performance? When we look at the older versions, you can notice that for different version of Swift language there are different results.

These results are measured using method measure() included in XCTest framework during testing (which is in Debug mode by default). Is it the same performance on production when the final code is optimized by the compiler? Stay tuned for the next blog post. 😉